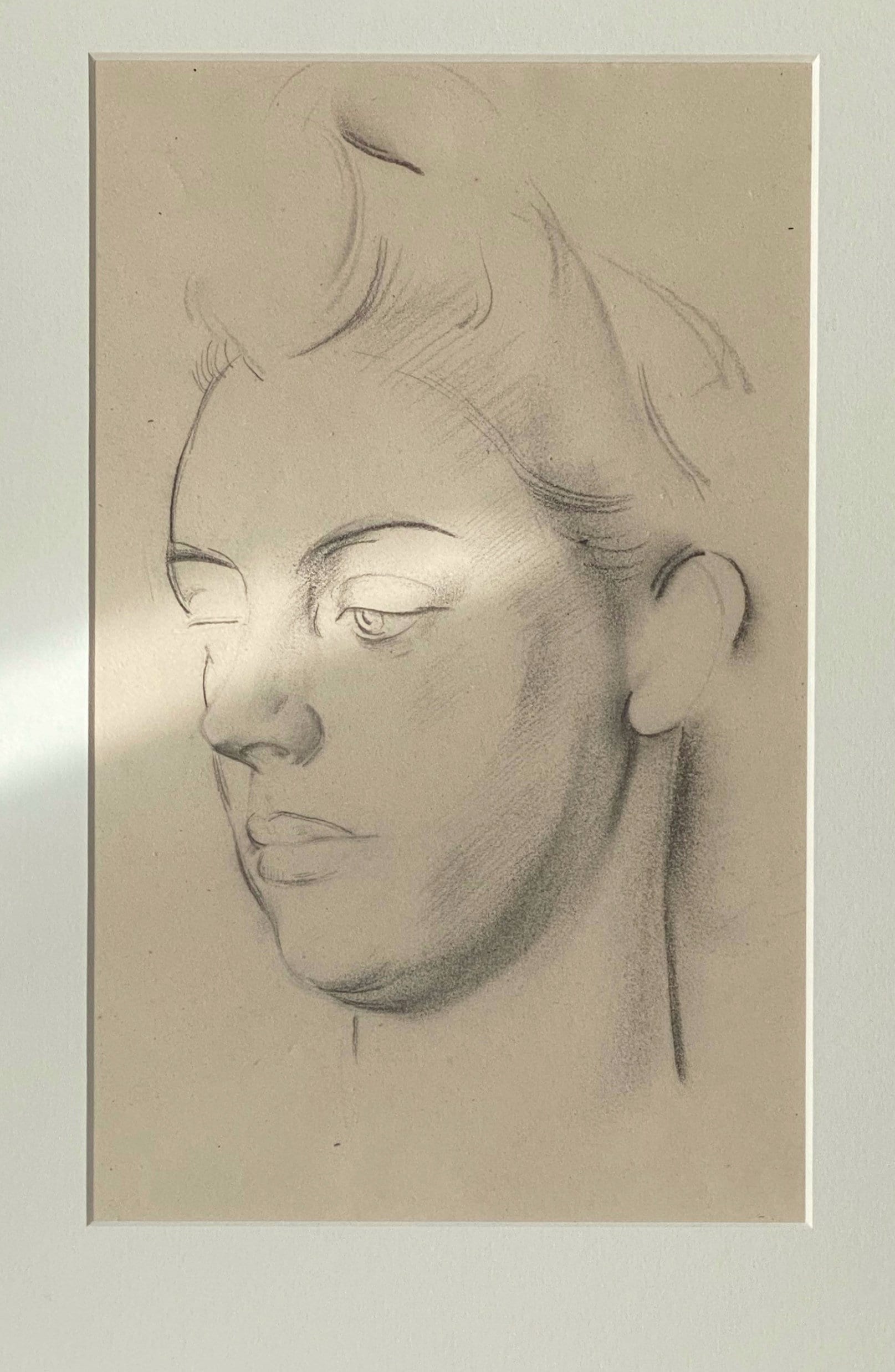 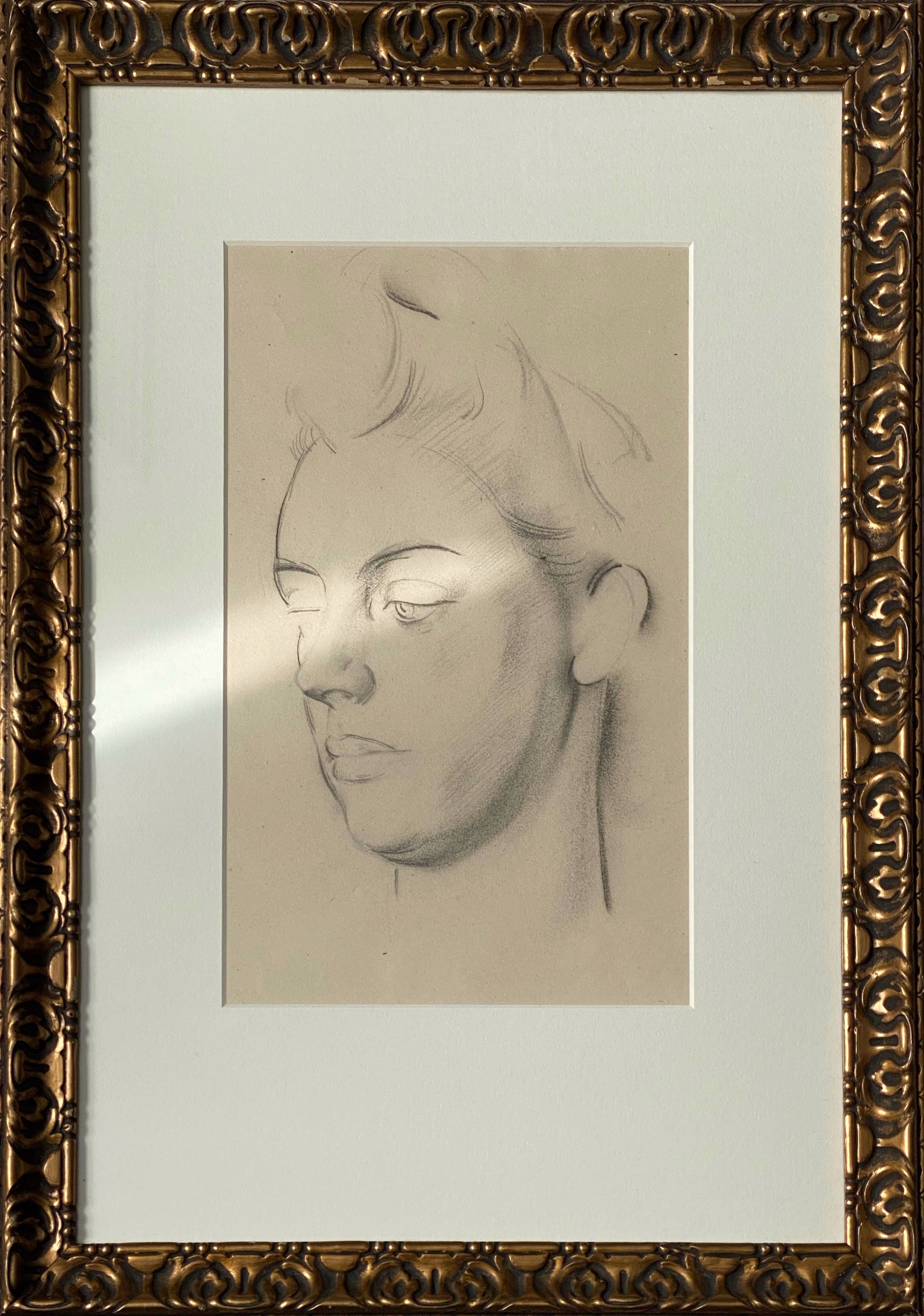 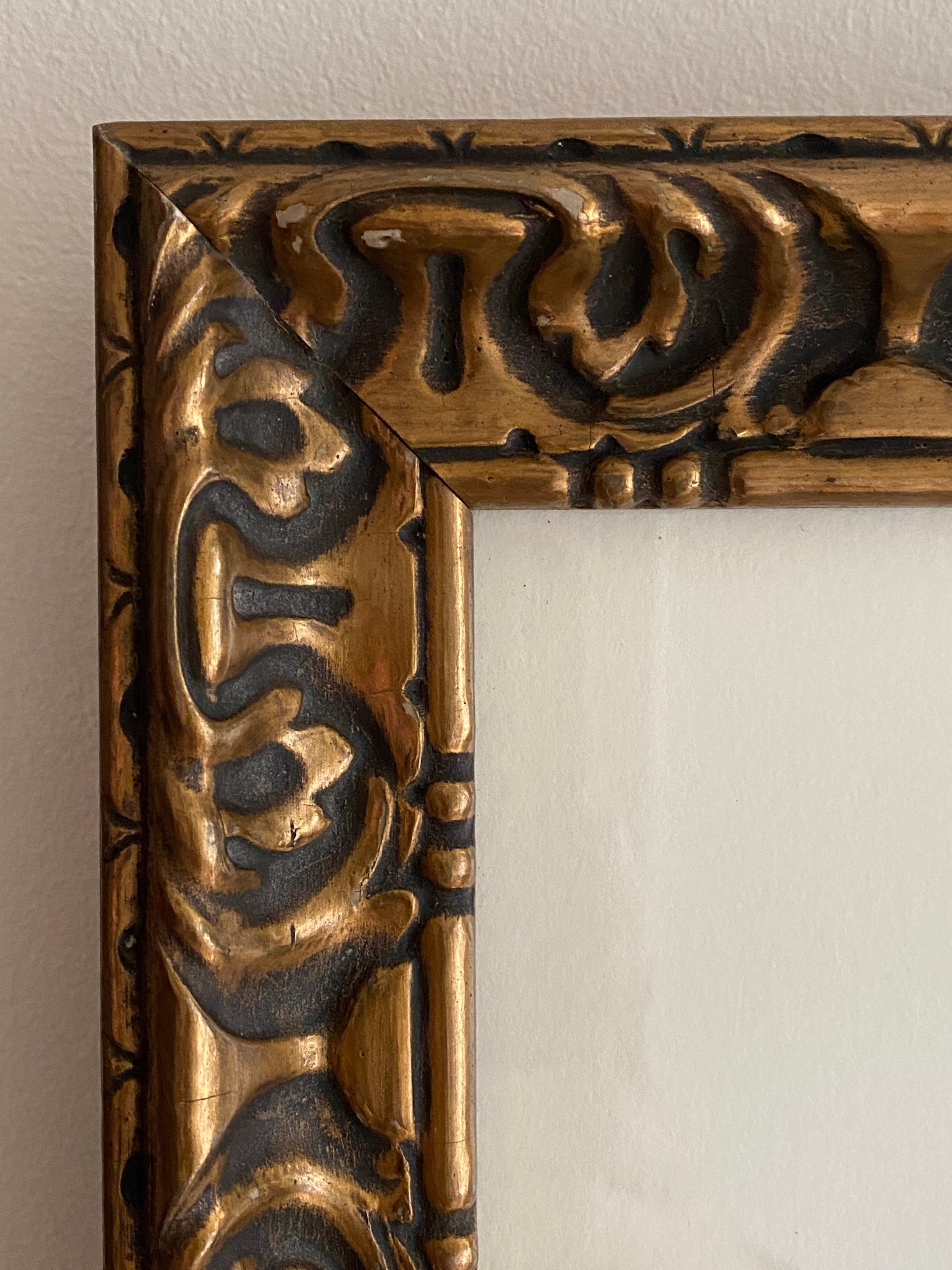 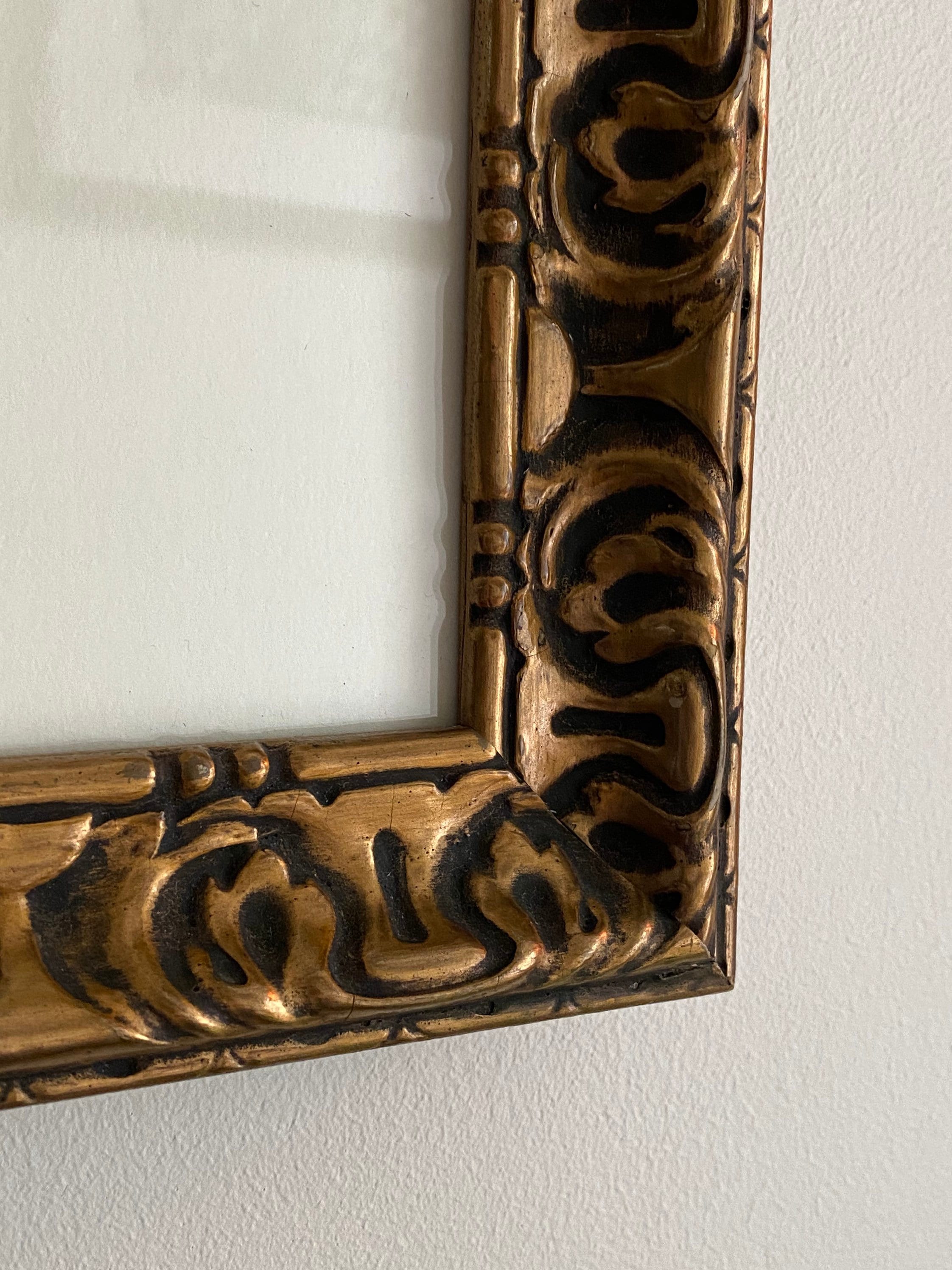 Classic portrait in charcoal framed and glazed.
Painter, printmaker and teacher, full name Leonard James Stroudley, born and lived in London. He studied at Clapham School of Art, 1923–7, then Royal College of Art, 1927–30, his teachers including Thomas Monnington, A K Lawrence, William Rothenstein and Allan Gwynne-Jones. Stroudley was a Major Abbey Scholar, 1930–3, which gave him three years travelling in Italy. Thus his main influences were classic Italian painters, notably Giotto and Piero della Francesca. Although Stroudley was noted as a follower in that tradition, and was a fine figurative draughtsman, he did complete paintings showing a Cubist influence and richly coloured. Stroudley became a visiting lecturer at the Royal Academy Schools. Showed at RA, RBA of which he was made a member in 1934, RE and elsewhere and Arthur Tooth and Sons and Apollinaire Gallery gave him solo shows.