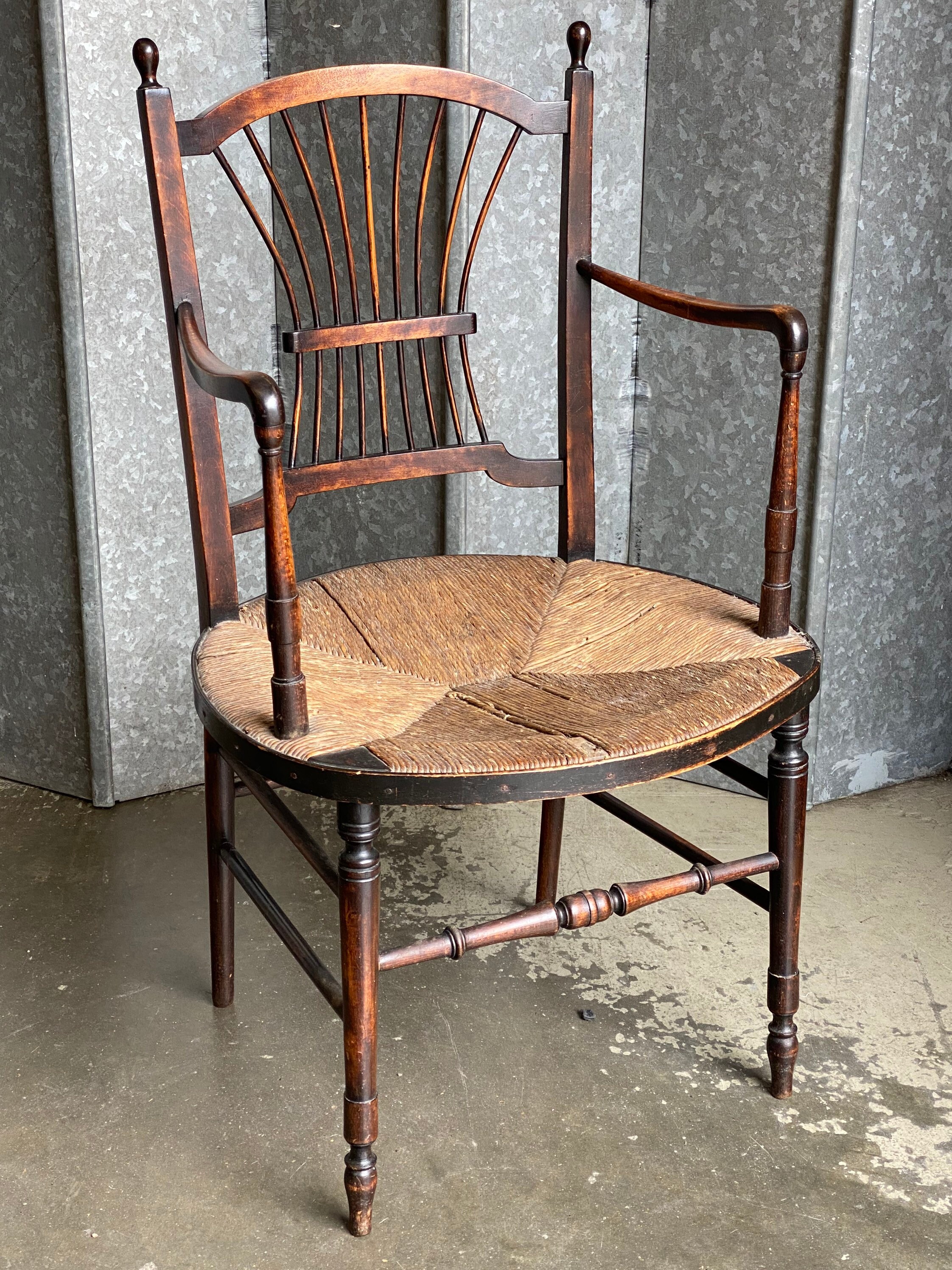 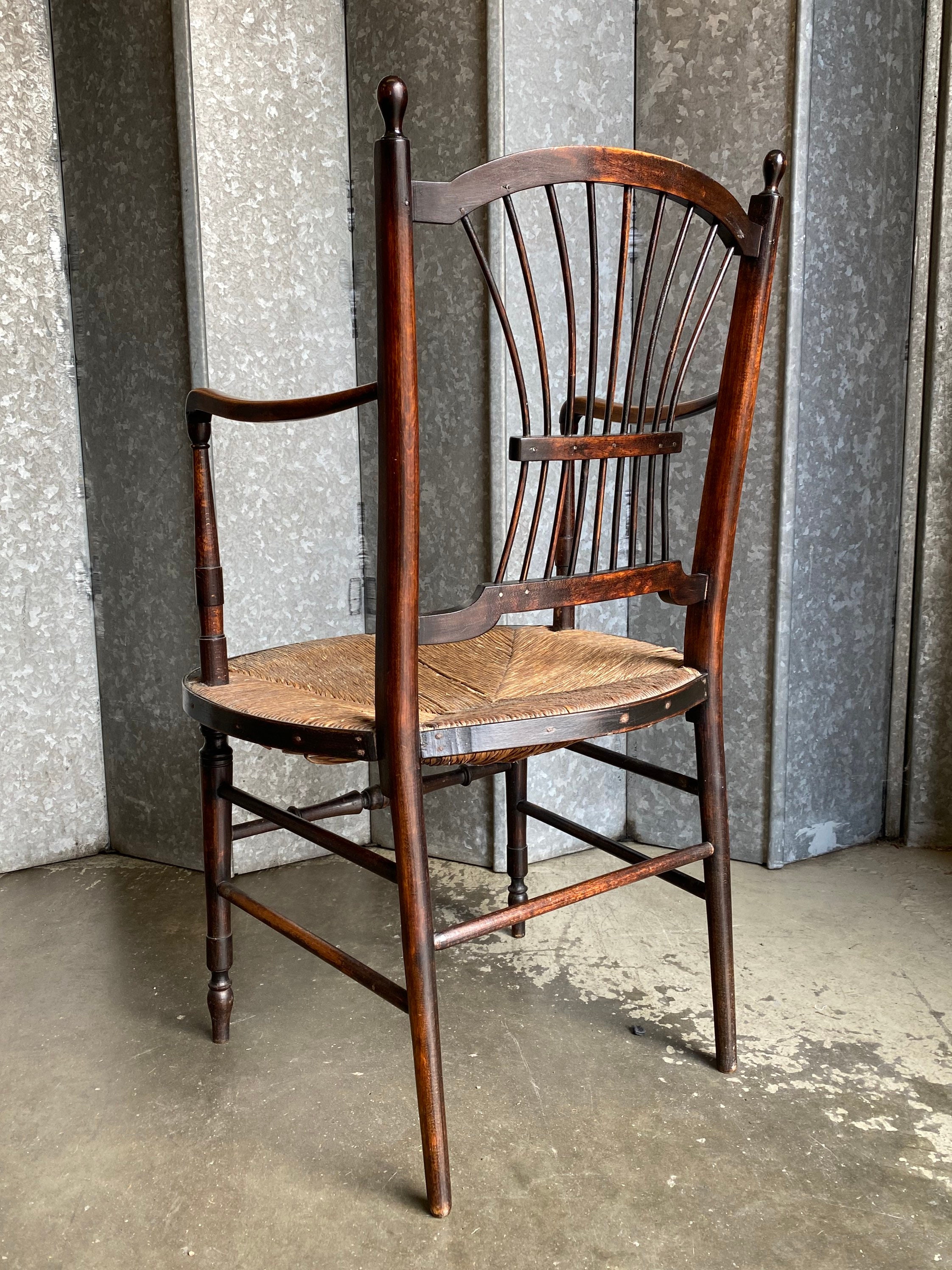 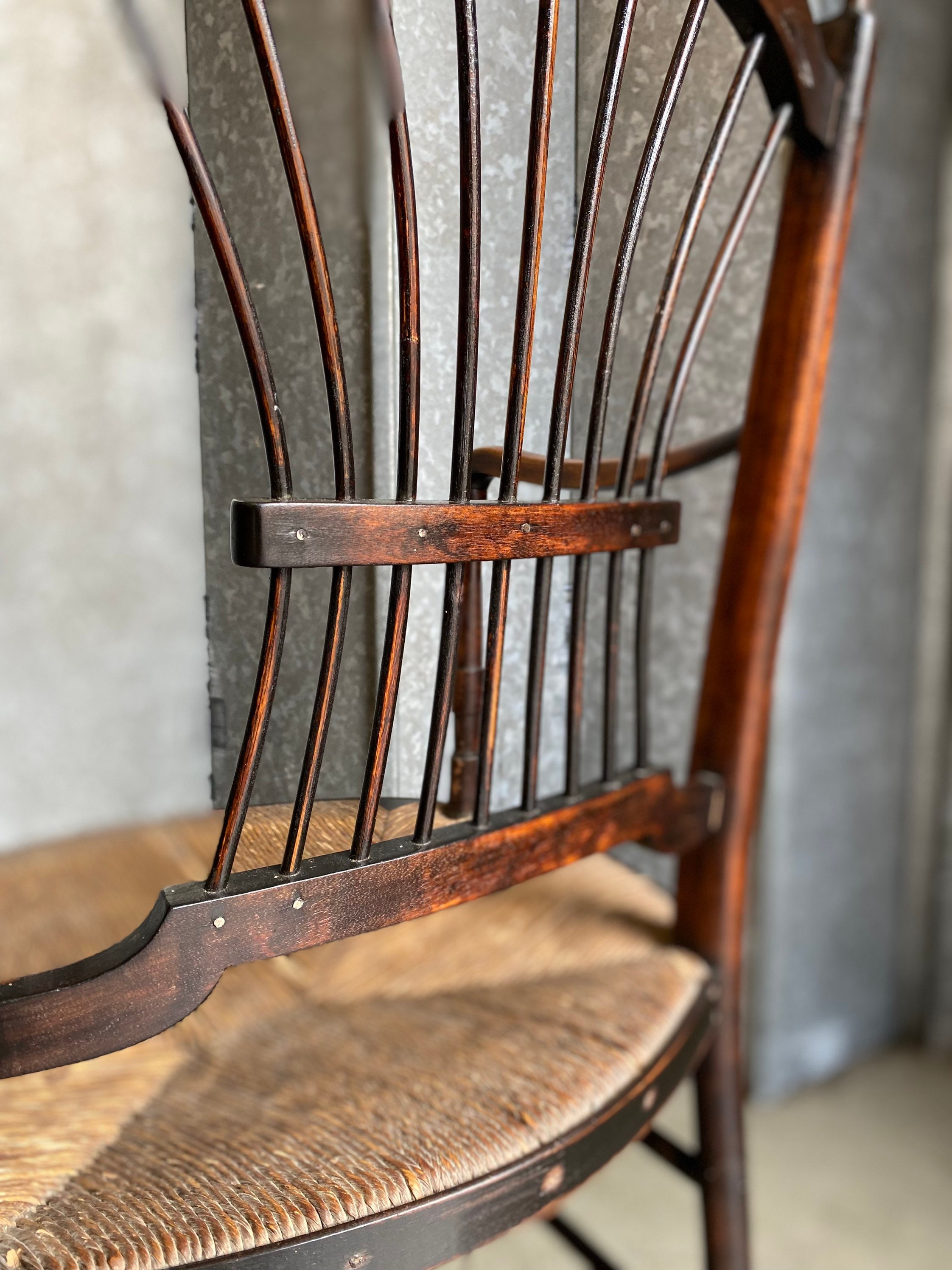 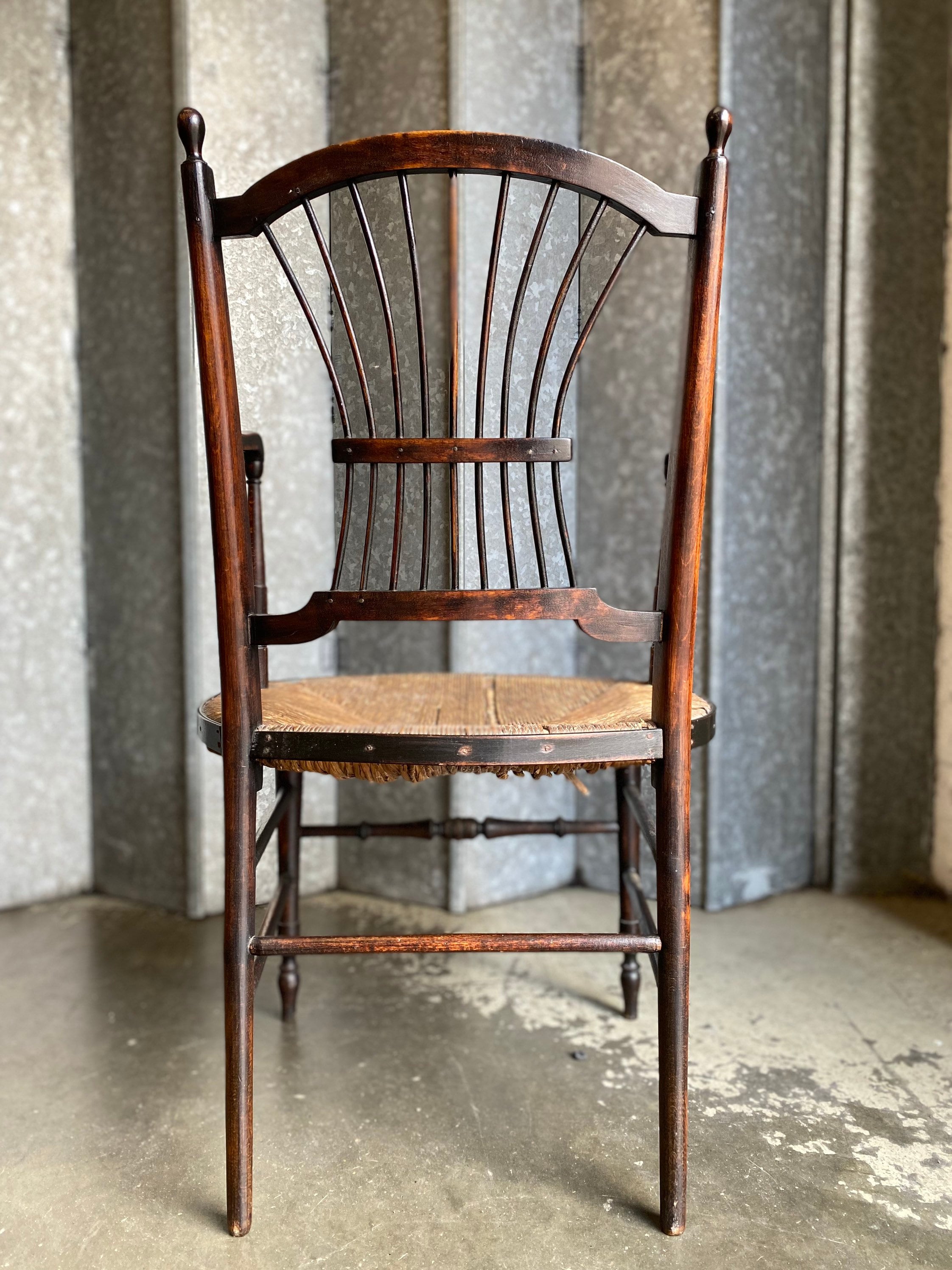 A chair of this type were traditionally called a ‘Rossetti’ chair, after the poet and artist, Dante Gabriel Rossetti, friend of William Morris. Similar French country chairs can be seen in the home of the artist, Claude Monet (1840-1926), at Giverny, in Normandy, France.
Dante Gabriel Rossetti (1828-1882) was an enthusiastic collector of antiques and owned a very similar chair to this example, shown with him in a photograph of 1863. He may have suggested the idea of using his chair as a model for the firm to copy so that they could add a new design to their range of furniture. Some of Rossetti’s Regency furniture can still be seen at Kelmscott Manor, Oxfordshire, the house that he and William Morris used for holidays.
The firm of Morris, Marshall, Faulkner & Co. showed their first products at the London International Exhibition of 1862. They were originally established in Red Lion Square, London and subsequently moved to Queen Square and opened a shop in Oxford Street in 1877.By then, the firm was called Morris & Co. and published an illustrated catalogue of their products in about 1912. It included illustrations of all the furniture available, including this chair which cost 16/6(82p)
Size is height 88 cm
Width 49 cm
Depth 53 cm
In unrestored condition, small restoration needed to rush seat.