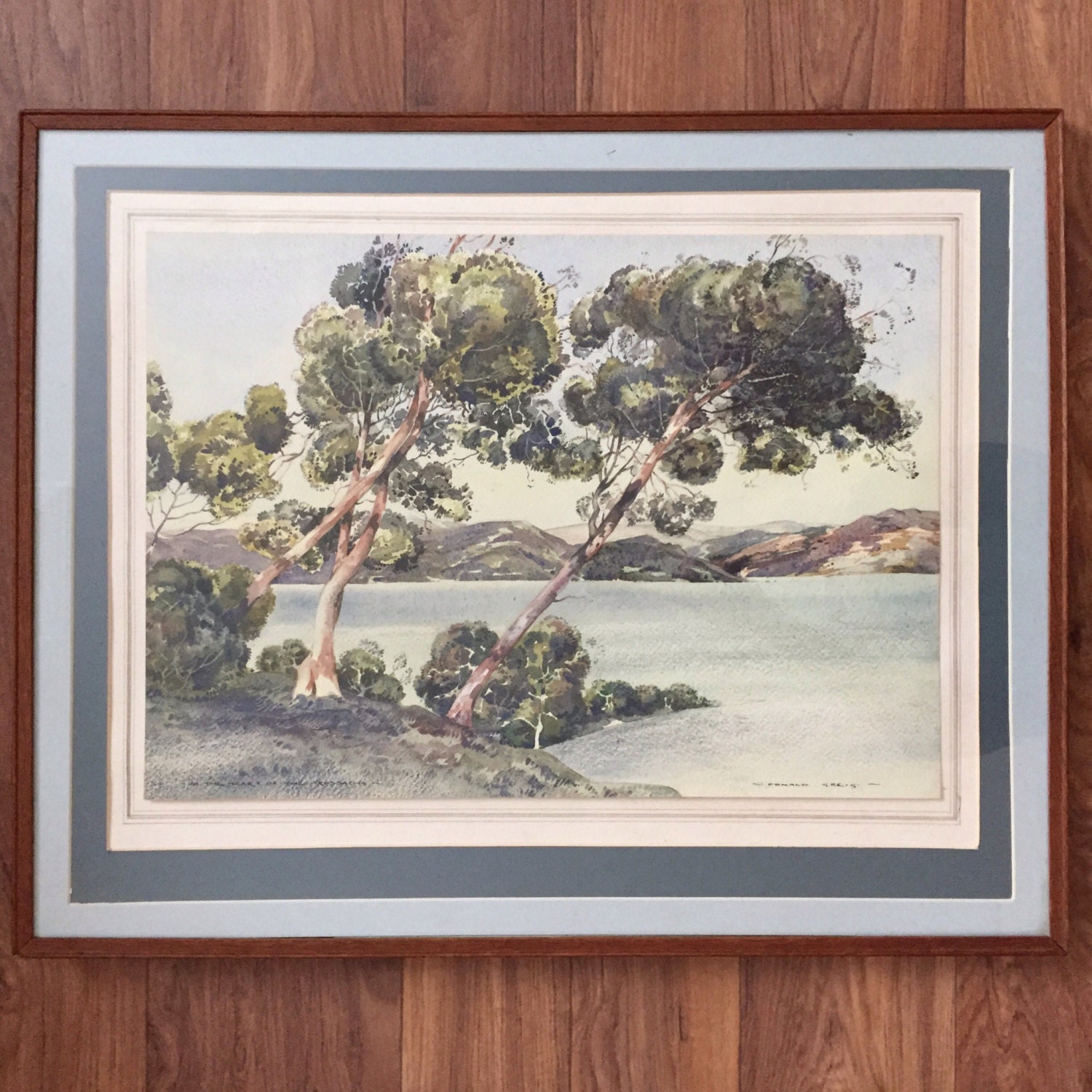 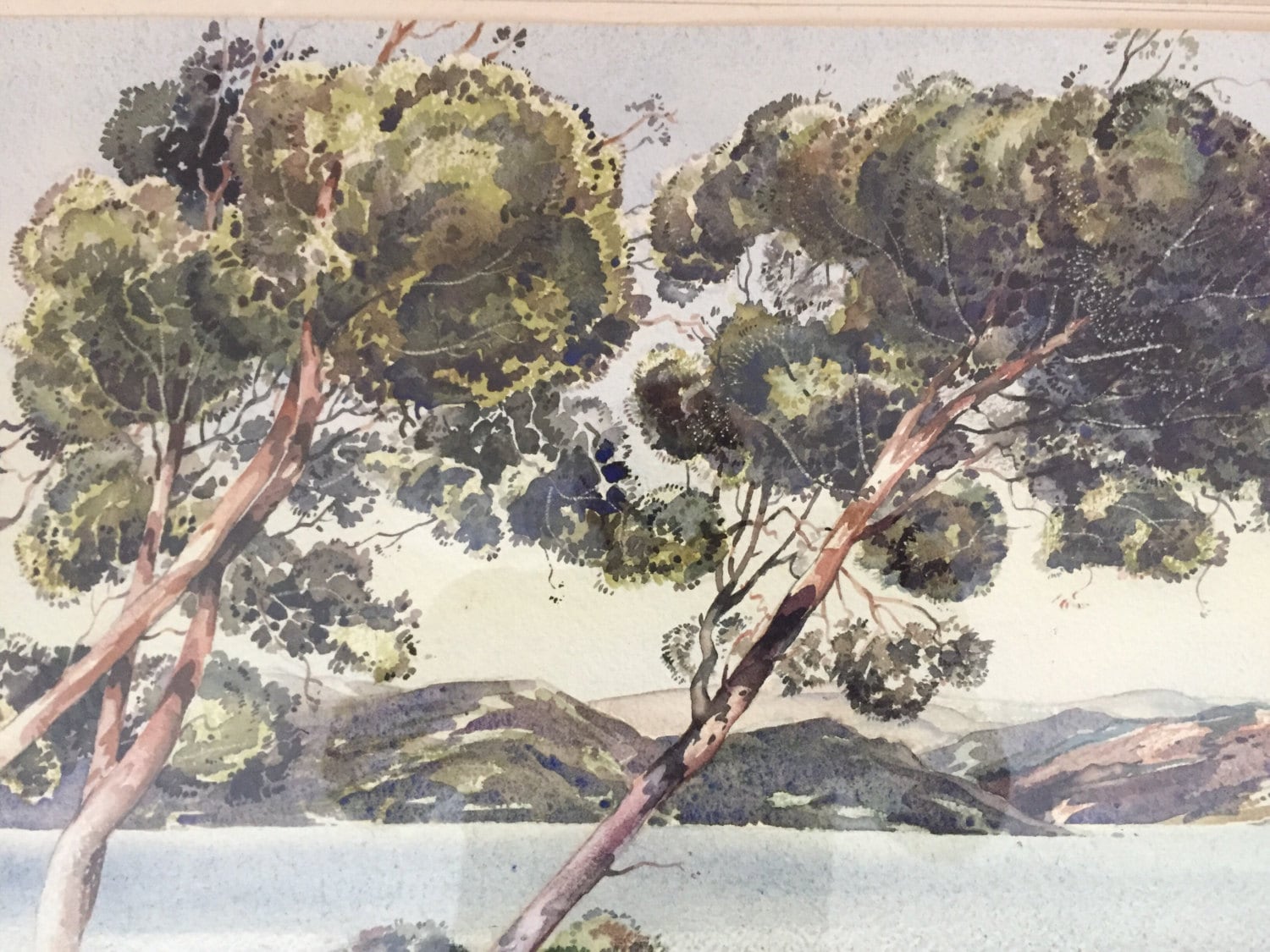 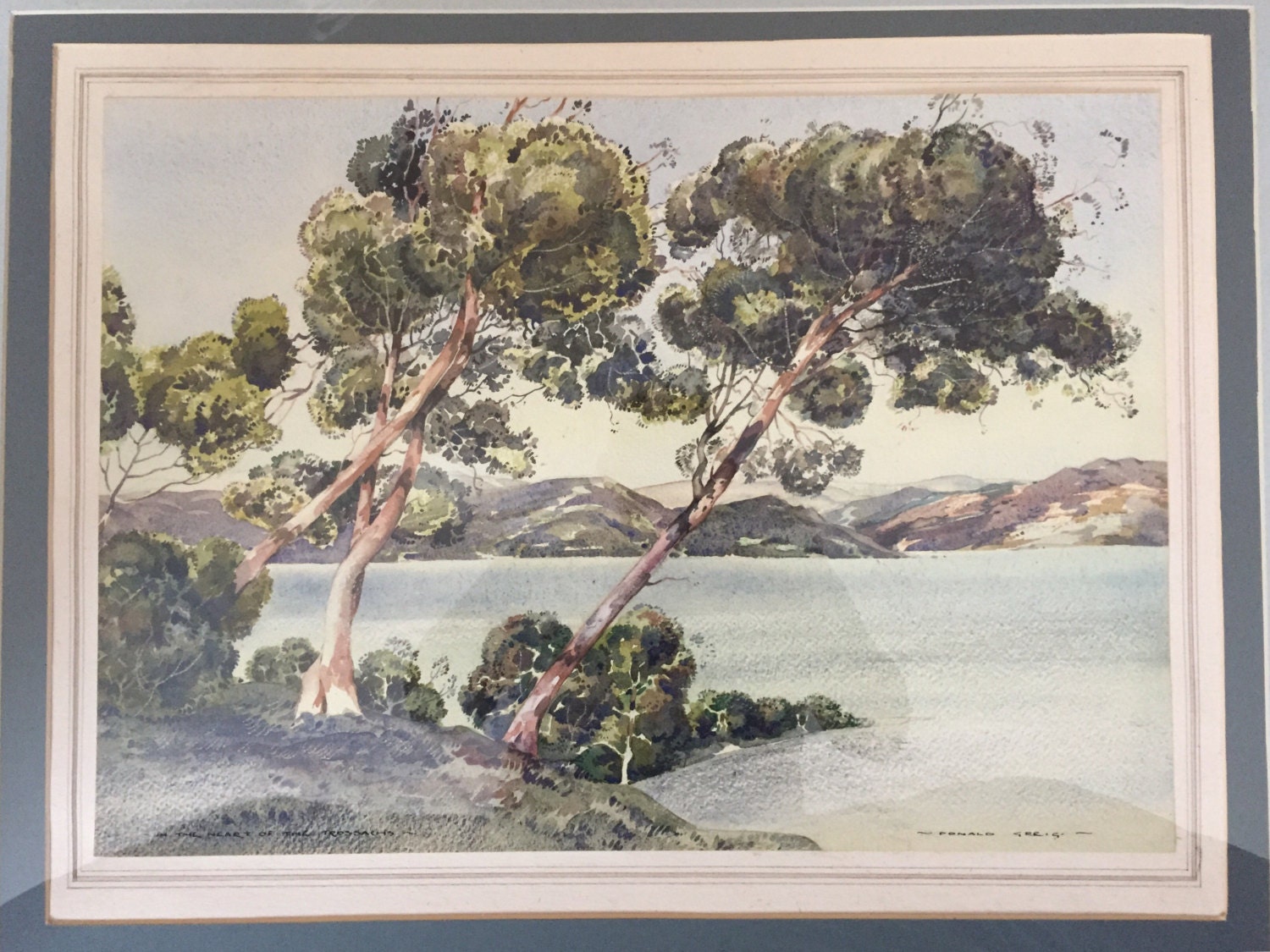 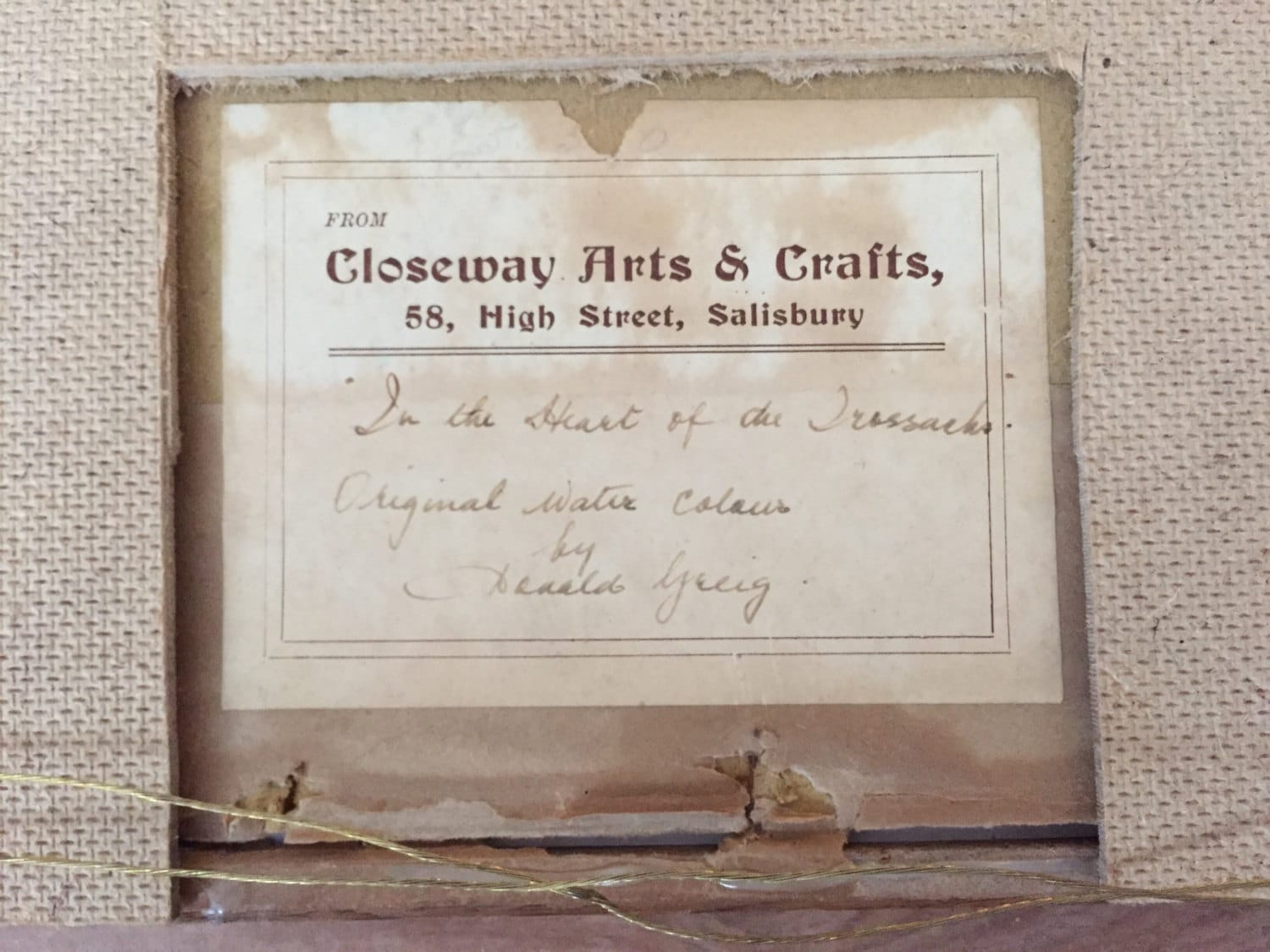 Gorgeous evocative view of the Trossachs in Scotland by Donald Greig.
Donald was born in London, the son of Scots artist James Greig, and trained at Southend College of Art after which he served during the war in The Royal Artillery.

He returned to full time painting in 1946 living in Buckinghamshire, later moving to Broadstairs in Kent where the coast and landscape provided artistic inspiration.

In 1954 with his wife and son, Peter, he moved to an old farmhouse in the South Hams.

A painter in both oil and watercolour, and a printmaker, his subjects concentrated mainly on Westcountry landscapes and coastline as well as country shows. He also painted villages, mountains and the countryside of Spain, Portugal and Italy.

Many of his paintings are in both private and public collections at home and abroad, including The National Maritime Museum, Greenwich, Scunthorpe Municipal Galleries, and he also exhibited regularly at The Royal Society of Marine Artists, Mall Galleries, London.