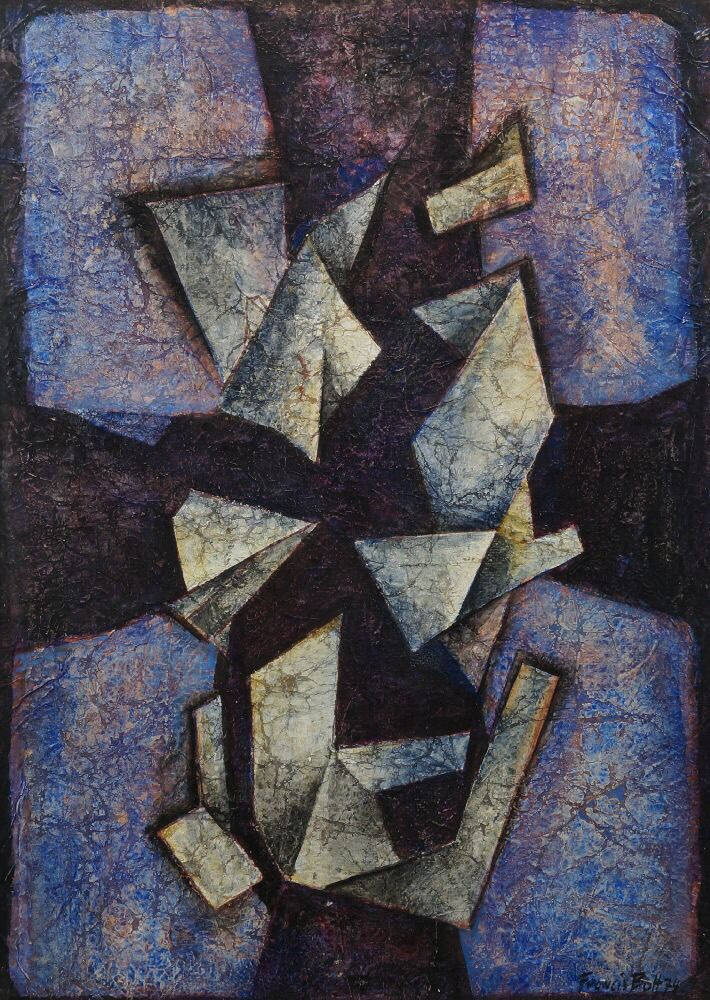 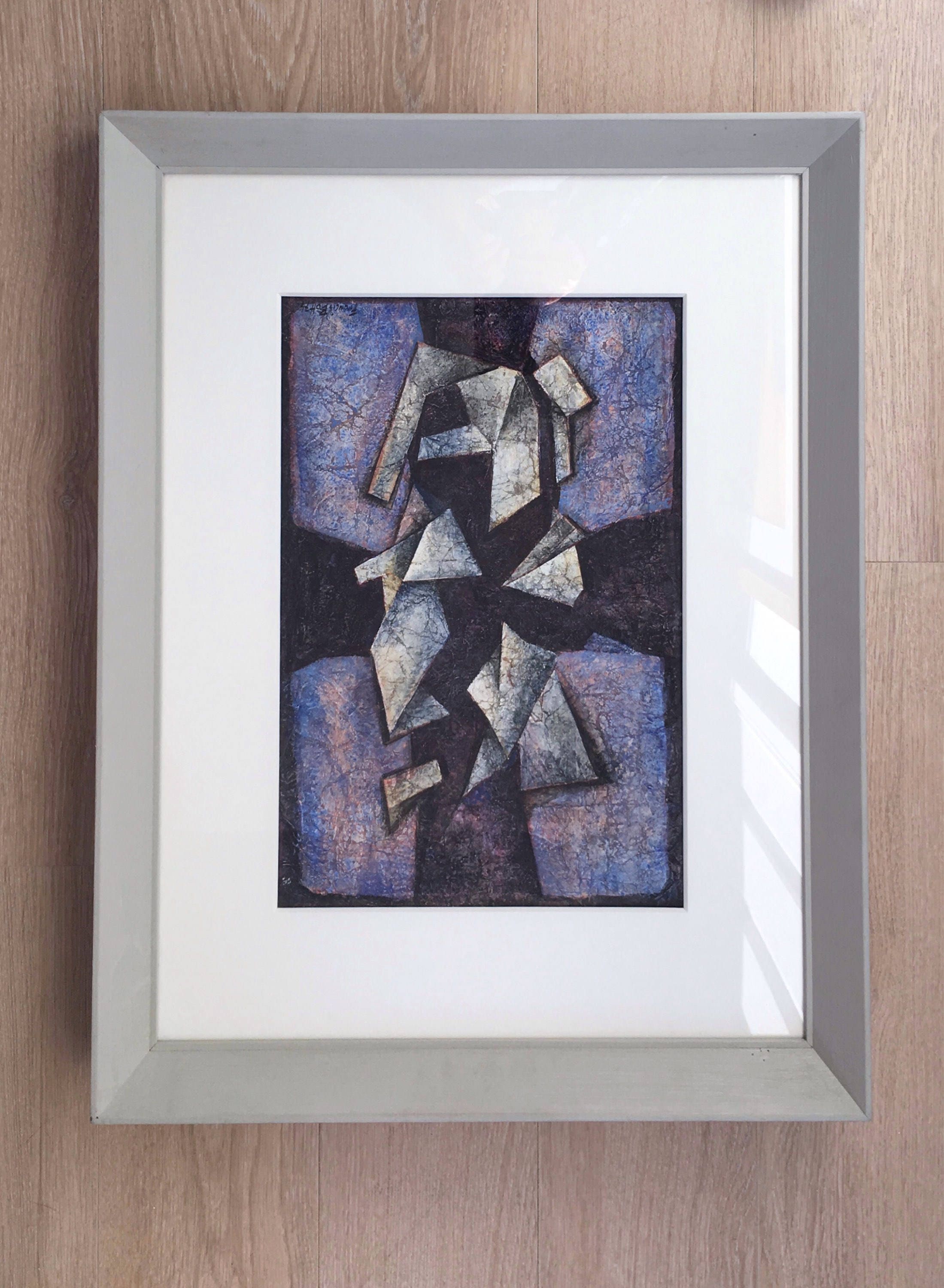 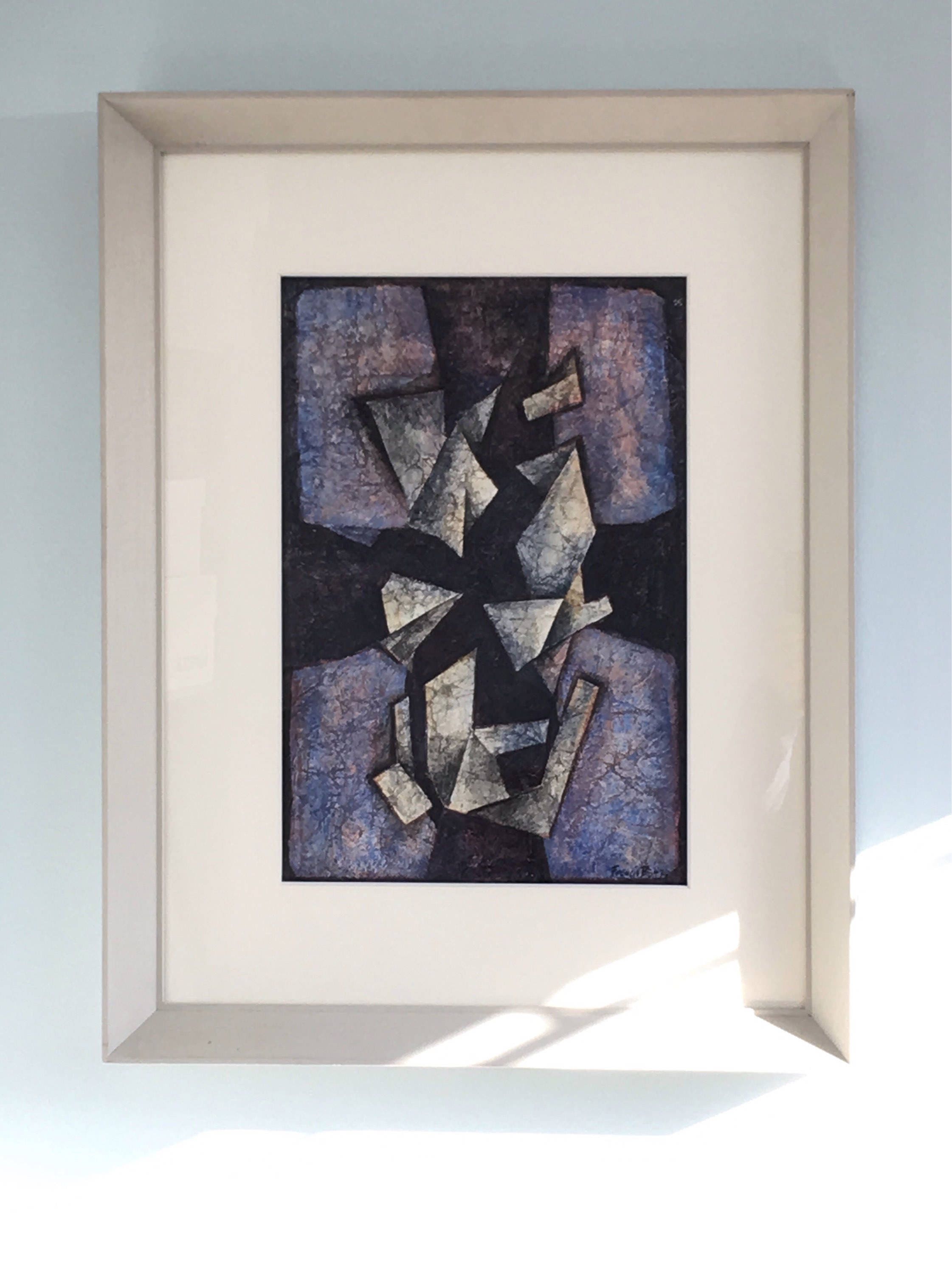 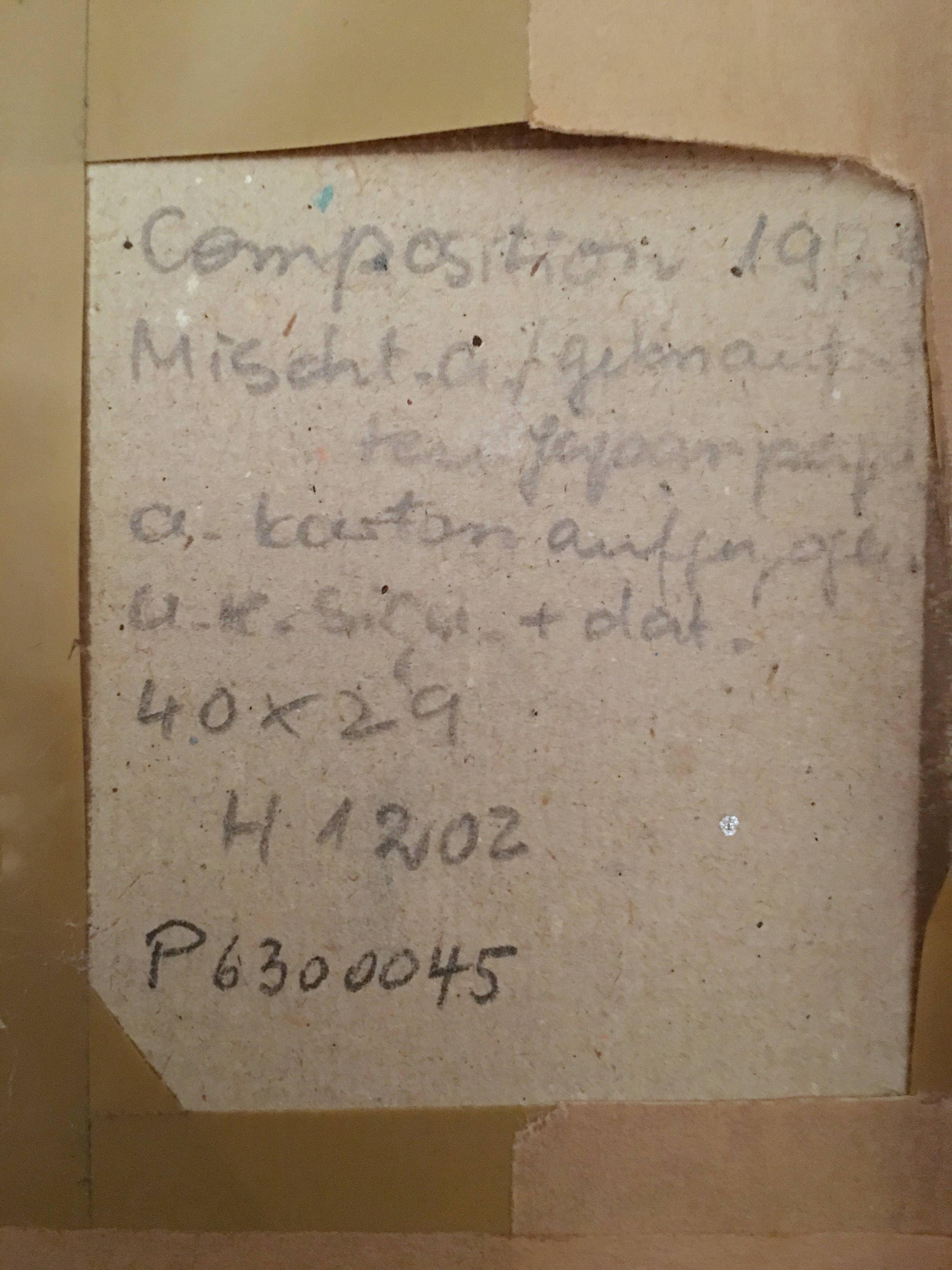 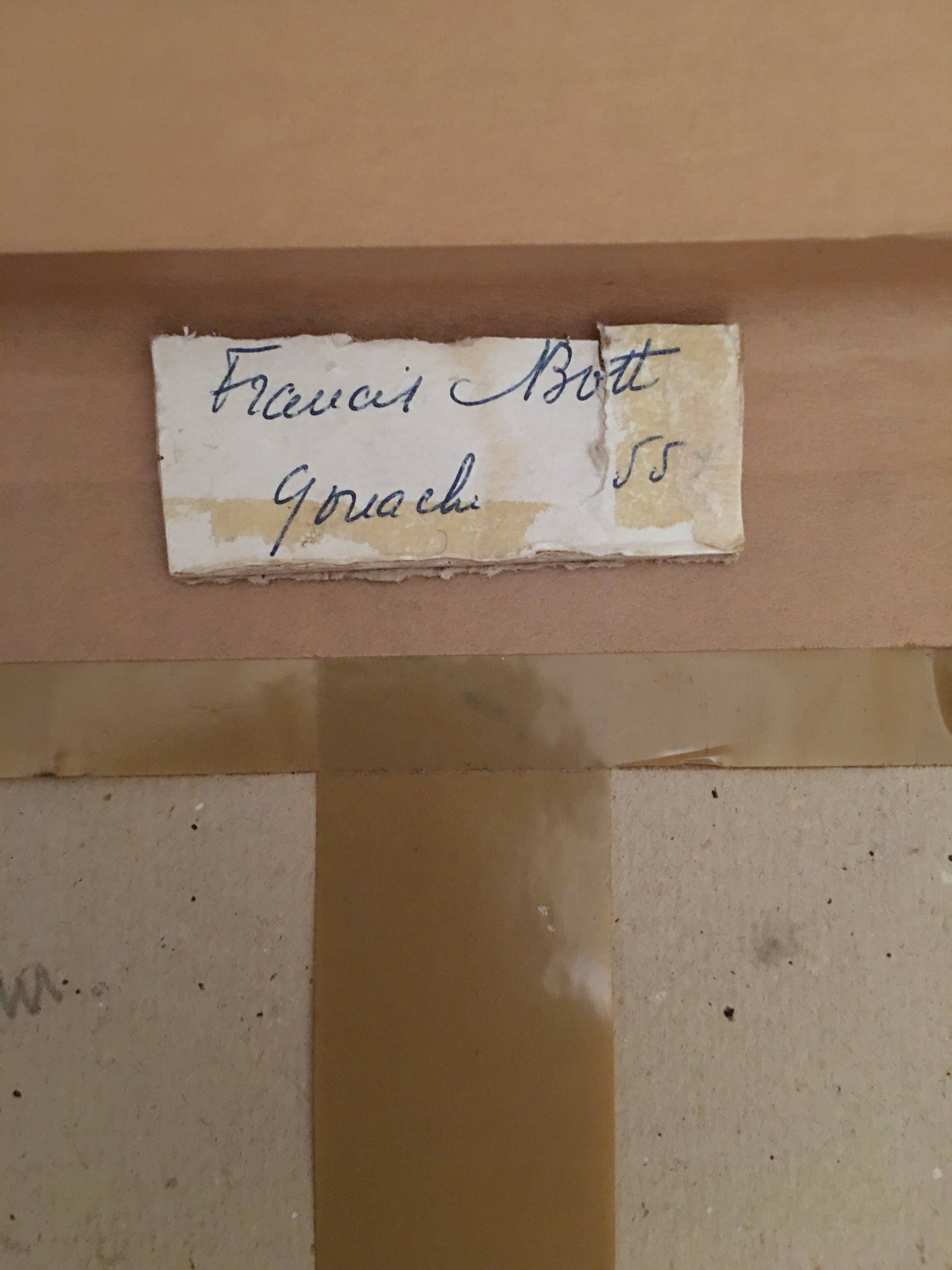 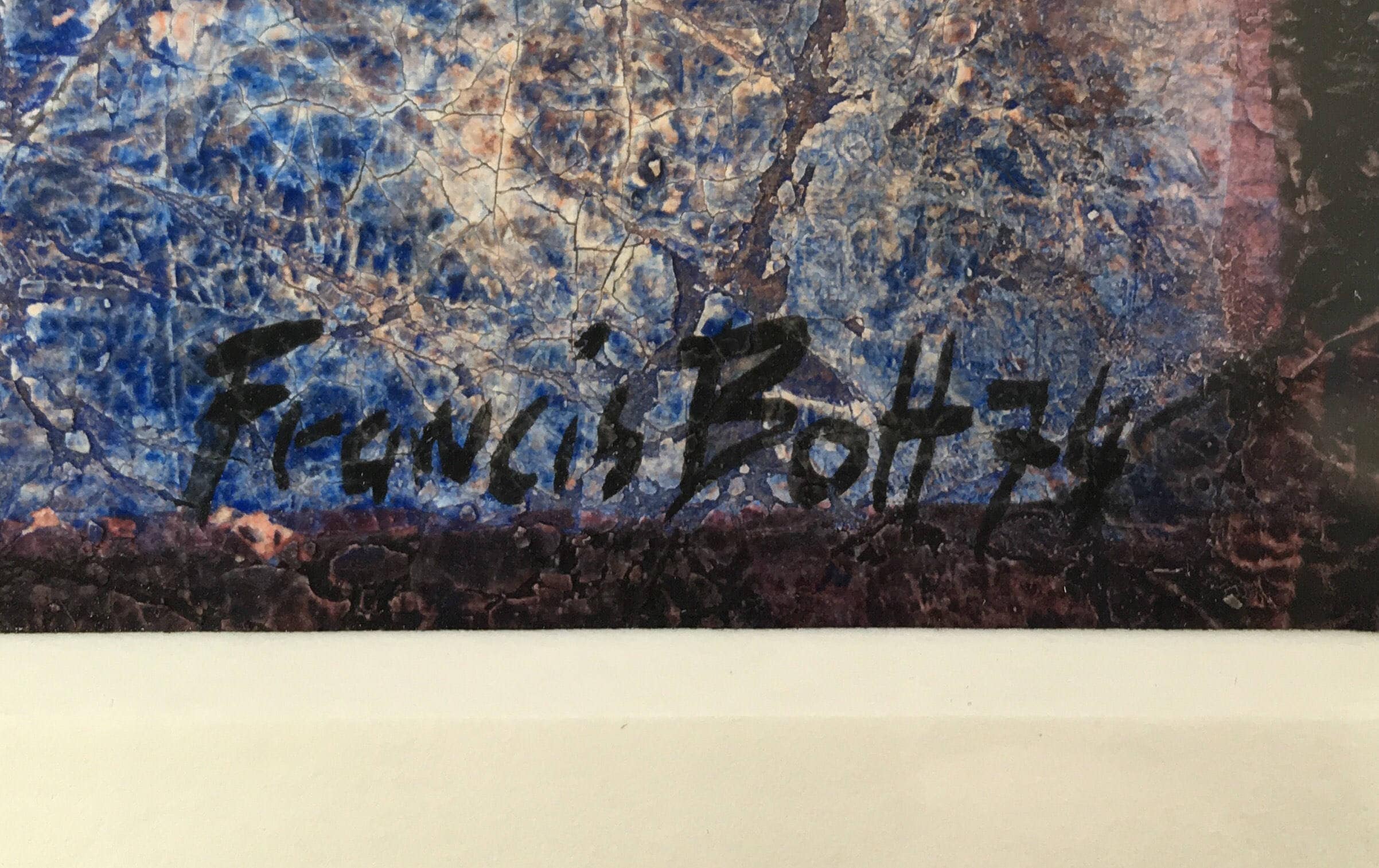 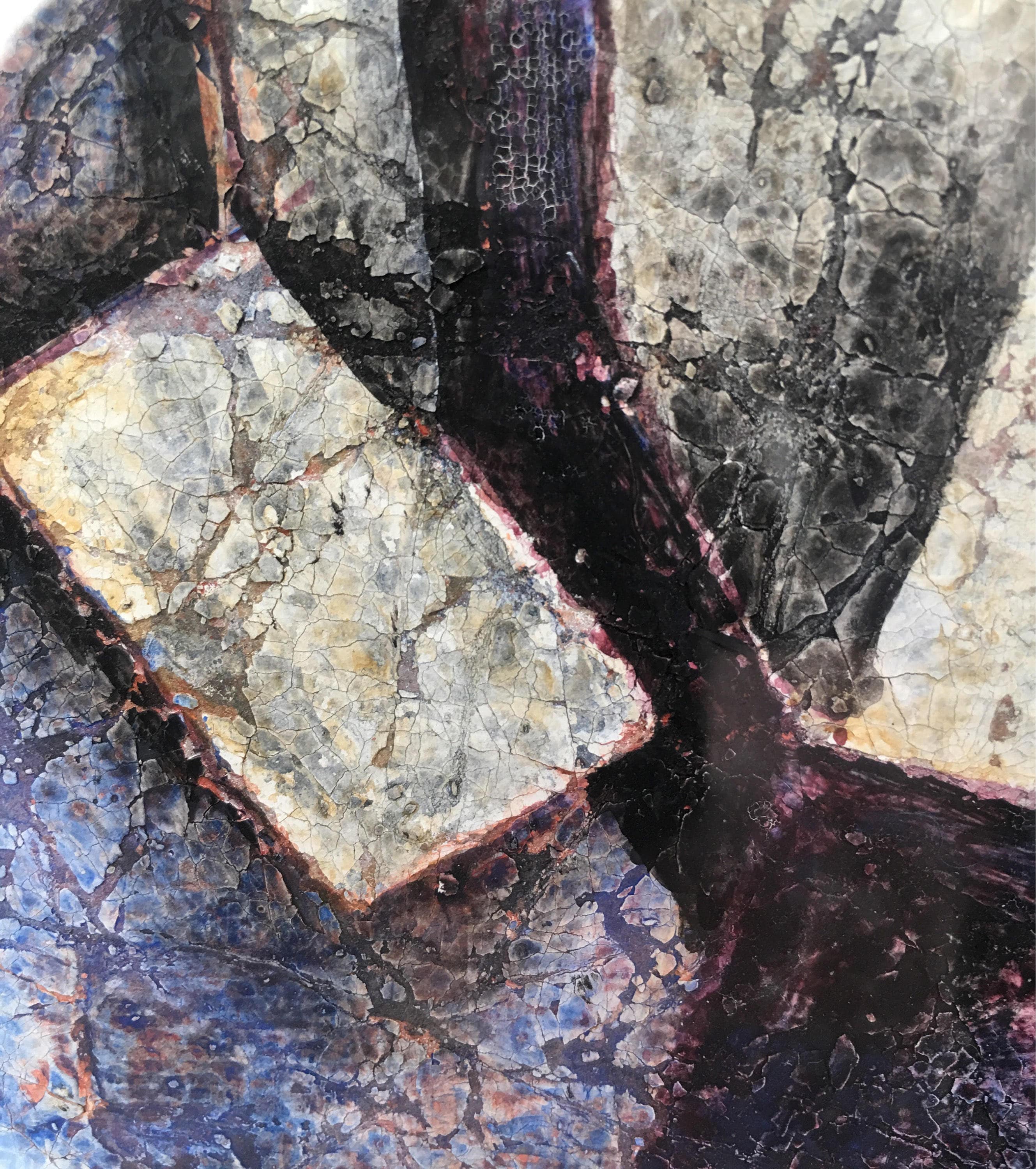 Francis Bott, German 1904-1998- “Composition”; mixed media on Japon paper, signed and dated 74 in ink, 37x26.2cm, (ARR)
Francis Bott was born in Frankfurt am Main on 8 March 1904.A painter, sculptor, window and stage designer.After a childhood and adolescence spent in Germany, Switzerland, France, Belgium and Holland, Bott became an artist in the 1930s but not until he had spent some years as a vagabond with left-wing political leanings in Berlin, the US, Mexico and Vienna, earning a living by busking (singing and pantomime) and doing minor art works. Francis Bott sympathised with the Communist Party so he went to Prague in 1933. After a brief stint of fighting on the Republican side in the Spanish Civil War, Bott went to Paris in 1937. With encouragement from Oscar Kokoschka, Bott took up painting. Francis Picabia became a close friend and mentor. In the 1930’2 & 40’s he worked as a surrealist and exhibited at the 1947 Gallerie Maeght Surrealist Show organized by Andre Breton and Marcel Duchamp.
During the Second World War, Bott joined the anti-Fascist resistance in the South of France and remained and resided in his adopted country until just before he died. After the war, Bott moved back to Paris and found a studio on Montparnasse. By 1948, however, Bott’s work dramatically changed to abstraction. Early that year he showed alongside Pierre Soulages and Hans Hartung at the Galerie Rene Breteau, Paris. Soon after Lydia Conti offered him a solo exhibition. By 1952, with Bott’s reputation increasing, Baroness Alix de Rothchild commissioned Bott to design and make stain glass windows for her Chapel in her Chateau at Reux, Calvados. In 1955, with his work very much in demand, he exhibited alongside Ben Nicholson at the Kunsthaus, Zurich. In 1957 a film featuring Bott, Soulanges and Viera da Silva was made titled ‘Three Artists from Montparnasse’. He was at the centre of the ‘Ecole de Paris.’ His participation in the 1958 ‘Ecole de Paris’ show at Galerie Charpentier strengthened his position within the school and his peers, Poliakoff and de Stael. Starting in summer term 1962, Francis Bott was a guest lecturer for three terms at the Hamburg Art Academy. From the 1960s Bott’s work was shown at galleries throughout Europe. His style continued to develop and he embarked on two major pictorial series namely ‘Espaces Concertes’ and ‘Cathedrales’. These represented a more linear approach and more vibrant colours. From 1970, he spent most of his time working in the Ticino.

Francis Bott died in Lugano on 7 November 1998 at the age of ninety. Francis Bott’s work oscillates between two poles: surreal and fantastic on the one hand, and representational and geometric abstract on the other.